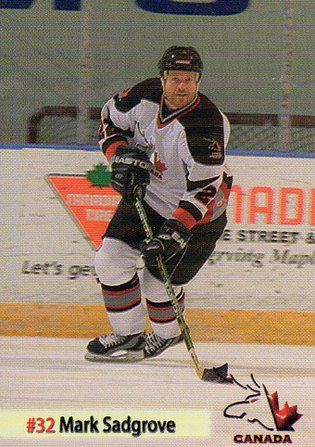 Mark Sadgrove is known to all as “The Moose Guy”.

A world renowned ambassador for the game of hockey through his development of the Canadian Moose World Travelling Ice Hockey club since 1989.

Mark played his entire youth hockey in Toronto, Ontario, Canada. After youth hockey he played in the Ontario Provincial Junior “A” Hockey League and then went on to play in San Diego, California, U.S.A. on a full scholarship and then at Acadia University in Nova Scotia, Canada.